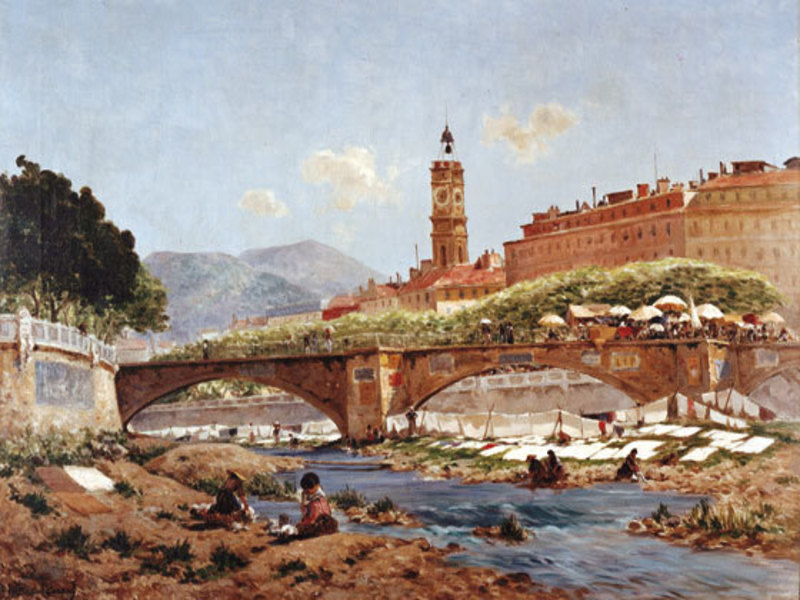 What do you know about Nice?

The city of Nice has had a long and turbulent history. The first settlements date from around 400,000 years ago. Nice (or Nicaea) was part of the Roman Empire. Thanks to its favourable location, Nice developed as an important executive centre.

Due to its strategic location, the city had to be strongly fortified in order to withstand attacks from various enemies in the Middle Ages.

After  a period of being ruled by the French and an occupation by Austrian troops, Nice became part of the Kingdom of Sardinia in 1814 (Treaty of Paris). In 1860, Nice was incorporated with France via the Convention of Turin. Although the official language became French from then on, the Italian atmosphere is still very present.

Already in the 19th century, the city was an established holiday destination for the English. They had come to know Nice during their ‘grand tour’. Nice was easily accessible, thanks to the construction of a railway line. In 1851, writer Alexandre Dumas declared sarcastically: “In principle Nice is an English city, in which one can occasionally meet someone from the original population“.

Increasingly , the European gentry chose Nice as their destination, like the English Queen Victoria and the Russian Tsar Nicholas II for example. In 1910, around 150.000 guests already stayed in Nice. Because of its attraction for tourists there was industrialization to match and many Italian guest workers came to Nice. 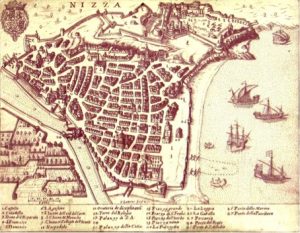 Map of Nice in 1624, the city was called Nizza and the official language was Italian.