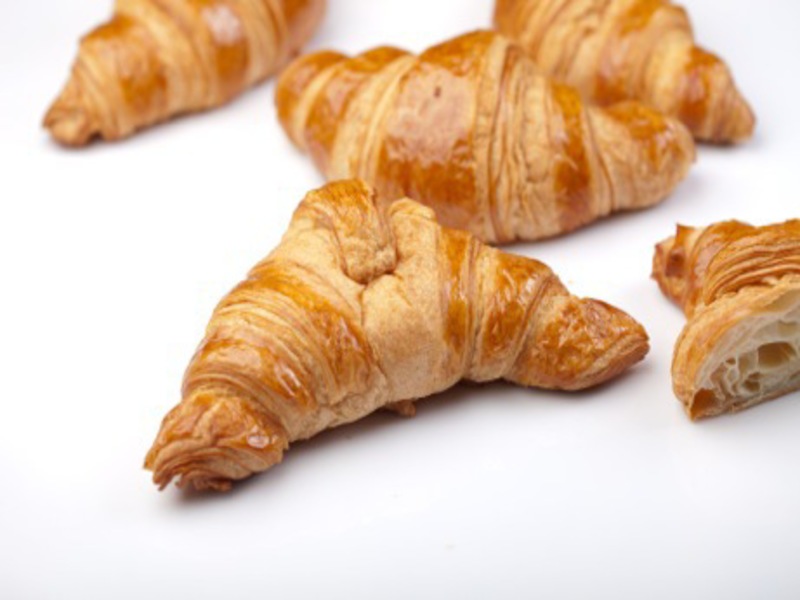 The croissant, thé national breakfast in France. But how French is the croissant actually?

A crescent-shaped roll of puff pastry. The name tells you something about the shape: ‘Croissant’ is French for a waxing or waning moon. Although we use a French name to describe it, the croissant actually originates from Austria. It was brought to France by a businessman from Vienna who opened a sandwich shop in Paris and has become an indispensable element in French life ever since.

We do not know exactly where the idea for the crescent-shaped sandwich originated, but there are several legends about the origins of the delicacy. There is the story about Marie-Antoinette for example. She was the wife of King Louis XVI of France, she was born in Austria and she missed the sandwiches from her home country so much that she had a Viennese chef come over especially to bake the buns.

Another legend about the croissant also comes from the time of Marie-Antoinette: during one of the many uprisings among the French people, just before the French Revolution, an angry mob came from Paris to the Palace of Versailles, to claim their rights. France had suffered crop failures during this period and the price of flour and bread had risen excessively. When the crowd arrived at the palace, it is said that croissants were distributed to placate the rebels and make them return to Paris.

The third legend about the croissant has to do with the shape of the sandwich: In the seventeenth century the Ottoman Empire gained more and more influence in Europe. Large areas in the Balkans were conquered and the Turkish army moved further and further into Europe. In the summer of 1683 the army came to a halt at the gates of Vienna. A fierce battle ensued. The Austrian army wasn’t strong at the time, it had been weakened by the ongoing war with the Ottomans. The army of the Turks, on the other hand, had enough soldiers, better weapons – and better morale. Vienna seemed to have no chance. In the first months of the siege, the Turks were able to penetrate the first ring of defensive walls. Subsequently, they tried to enter the city with all kinds of clever tricks. One of these plans was to dig a tunnel under the city walls. Fortunately for Vienna, the city’s bakers were at work at the bakeries early in the morning and so they discovered the plans of the Turks and were able to prevent them. To celebrate this victory, the Viennese bakers created special rolls in the shape of a crescent moon, the symbol on the Turkish flags. Having the Turks for breakfast…